Sip on a beer or wine while making groceries

At the 2015 Craft Brewers Conference in Portland, Ore., Craft Beer Program Director for the Brewers Association Julia Herz moderated a panel of sensory specialists from the beer world as well as the scientific community including Randy Mosher, Pat Fahey, Lindsay Barr and Nicole Garneau, Ph.D.

The purpose of this sensory culinary working group was to examine how and why we perceive flavor and other important aspects of food and beer (like texture or mouthfeel), how to standardize a lexicon describing those perceptions, and how to spread that information to the larger beer and food worlds to create more mindful pairings.

While this seminar went in several interesting directions, one, in particular, caught my attention: the concept that sensory science supports the idea that pairing food and beer can elevate each into something more than the sum of its parts.

Master Cicerone Pat Fahey, also the content creator for the Cicerone Certification Program, notes, “When you put two things together and get something that wasn’t there before, those are some of the most interesting beer and food pairings–when we’re able to create something new through the pairing.”

As a Louisiana beer writer, I’ve long advocated that underrated local beer needs to be paired with food to realize the true potential of beer brewing and drinking in a food-focused culture. And now, science supports that.

For example, IPA and potato chips have been proven to interact in a sense-pleasing manner. “The reason we like that [pairing],” Guerdrum Barr says, “is because of the peripheral interactions that happen at the taste receptor level between the saltiness of the chips and the bitterness of the IPA.”

It’s in this context that often overlooked styles can really shine in food pairings elevating the pleasure derived in drinking them by matching what’s happening on a chemical and biological level with the right dish. 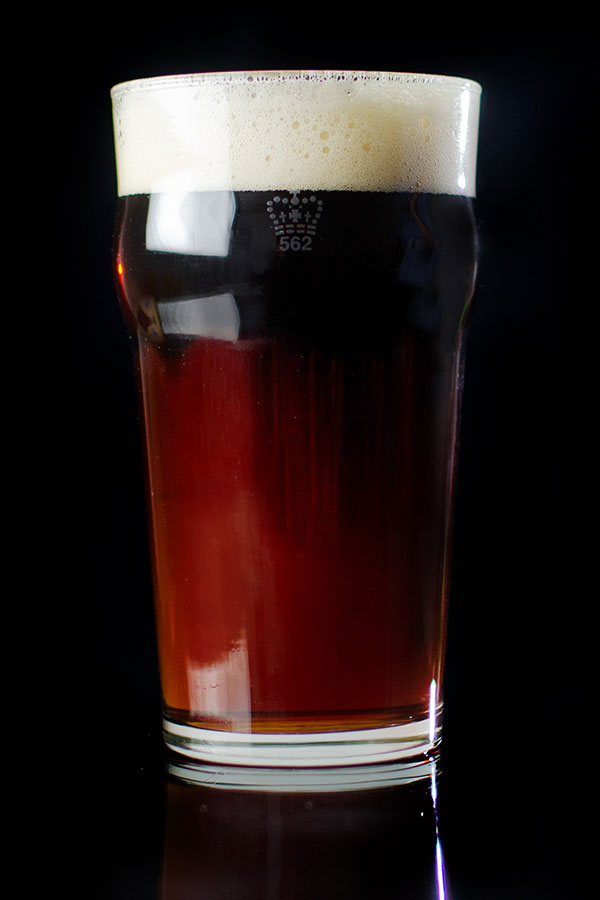 Adam Dulye, executive chef for the Brewers Association and CraftBeer.com, points to the humble brown ale as an often overlooked sleeper of a beer style, “the pinot noir of the beer world.”

“You can drink it on its own; you can pair it with fish, poultry, game or beef. A lot of that is due to the Maillard reaction in the malt,” which references the chemical process which transforms enzymes and carbohydrates through heat to a highly aromatic compound, adding flavor to meat, coffee, bread, and beer.

Dulye says that the brown ale style contains the same range of flavors on the palate as the receptors of the Maillard reaction, hitting the “sweet spot” right where people perceive that chemical interaction. He recommends a roast duck breast or confit to complement the fruit undertones of the darker malts in the beer.

One revelatory pairing I had at Restaurant August in 2013 was roasted lamb with green garlic-oat risotto served with Lazy Magnolia Southern Pecan. I lacked the terminology at that time to adequately articulate the reasons for the pairing’s success–if I tried it now, I would likely point to each component enhancing the other in the roast/Maillard chemical similarities specifically. Also, the increased malt sweetness of the beer style balanced the gaminess of the lamb and the sharp freshness of the green garlic, creating a harmony that remains to this day the best combination of food and beer I have ever had.

Southern Pecan is not a flashy, sexy beer. It’s a 4.4 percent ABV brown ale with sweet malt notes and caramel undertones. It gets fair ratings on various beer sites, but because the style is so standard, it doesn’t get much attention. It could be considered, as Chef Dulye says, a “sleeper” beer, but pair it with the right food and it becomes divine. 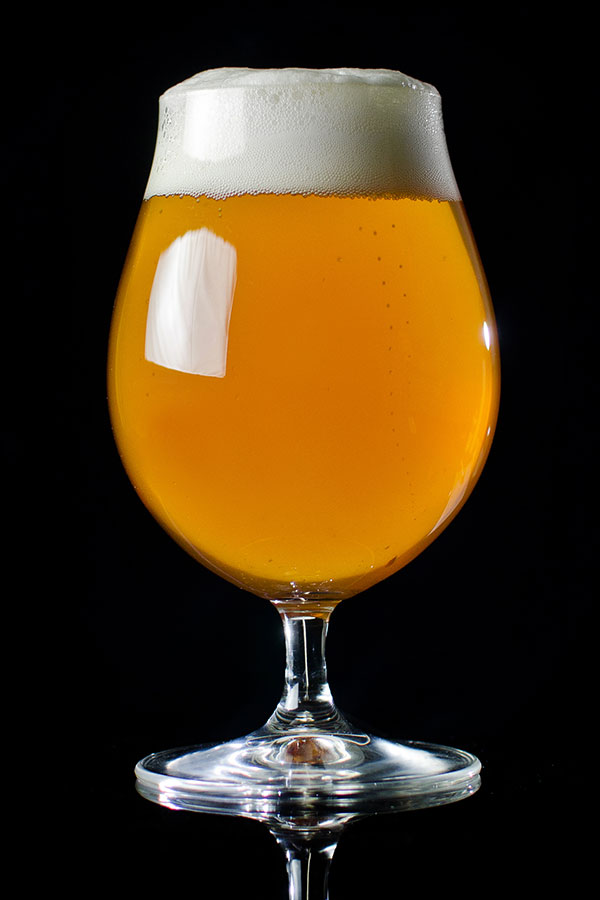 Another often overlooked or misinterpreted style that tends to work well with food is the saison. Dulye enjoys using it for pairing because it’s a good gateway beer for those who are new to beer or beer-food pairings.

He notes, the citrus/lemon notes from the yeast along with the high level of carbonation typical of the style is great with food and dishes like asparagus or a scallop-English pea risotto. The ocean sweetness of the scallop and the bright, fresh peas along with the effervescence and lightness of a saison creates a “springtime party in your mouth,” he says.

Also, risotto has a rich, creamy, fatty rice base, and according to Nicole Garneau Ph.D., Director, The Genetics of Taste Lab at the Denver Museum of Nature & Science, “Fat can be scoured by CO2. We use the language ‘palate cleansing’ because CO2 is one of the best ways to scrub the palate.”

The almost savory aspects of a smoked beer come from the brain’s association of smoke with meat like bacon or barbecue. This can make the enjoyment of these types of beers difficult since the dominant flavor targets a sense memory not typically associated with beer or any beverage.

Dr. Garneau calls this kind of cognitive association congruence, and it is a significant aspect of sensory interaction since the brain is what takes all the input from the senses and makes a decision based on that information. It also makes smoked beer, which can be an acquired taste to drink on its own, perfect for pairing with food. 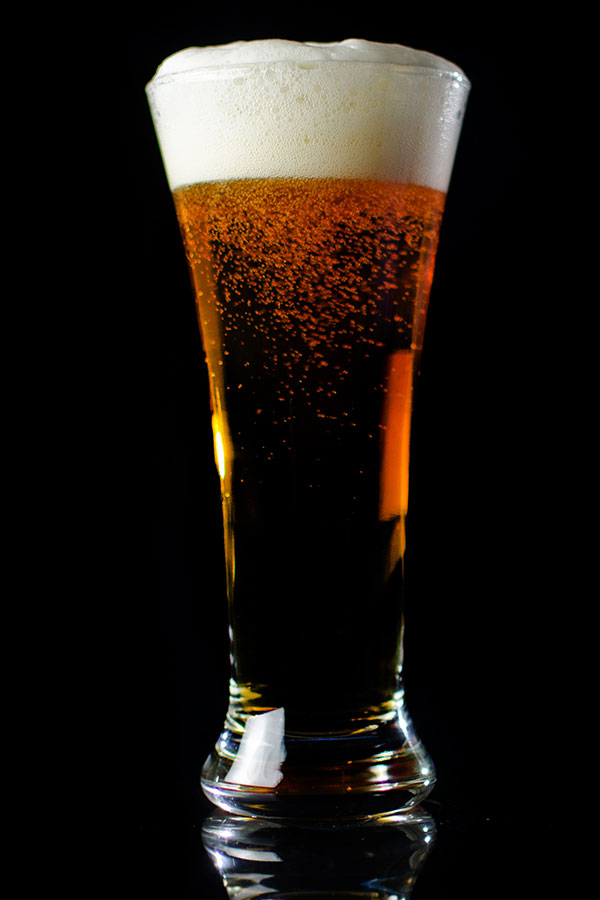 In a recent interview, Dr. Garneau noted that the aroma of smoke has been associated with meat and the cooking of protein over fire throughout human history and evolution. “Smoke isn’t a flavor, it’s an aroma,” she adds.

Specific cultural and nostalgic associations with smoke aroma layered on top of the more broadly based cognitive recognition create a cross-modal interaction, Dr. Garneau says, which is a point in the brain where two or sense memories come into play to make an even stronger connection to the flavor or aroma in question.

According to Karlos Knott, co-founder of Bayou Teche Brewing in Arnaudville, La., when developing their smoked beer in the early days of the brewery’s founding, “We wanted to create a beer that reminded us of my grandfather. When we were thinking of what style to brew, we all said at the same time, it has to be smoked, because he smoked almost everything he butchered on his farm.”

Thinking about how the beer would affect food pairings, Knotts says that while developing the recipe, he and his family wanted a much lighter smoke profile in the beer than the traditional German Rauchbier. “Cajun food is pretty complex with the roux, pork fat, smokiness from the meat, onions, garlic, cayenne pepper and such. You really need beer in South Louisiana to be a supporting partner to the meal, not a standout.”

Beer is more than the sum of its ABV and IBU numerical parts. The potential to make significant, scientifically sound cognitive connections through the five senses is significantly increased by adding the right flavors, aromas and textures to the equation with food pairings. The number of outcomes exponentially increases by the fact, as Herz says, that “perception is personal, and therefore pairing is personal.”

So in addition to scientific facts and culinary intuition, Dr. Garneau says, “At the end of the day, if you like it, you like it. And it’s not just based on your ability to detect and perceive, but also your experiences that are personal or cultural: social context, where you’re eating, nostalgia, emotions.”

The sensory pairing team of beer and scientific experts that presented at last year’s Craft Brewers Conference has been continuing its work and will be holding another seminar at this year’s conference in Philadelphia to bring the brewing community up to speed on its progress.